Reagan was just a year old on her first trip to this spot in Mexico. So about 9 years later we return. She surely didn’t remember anything but I had fun reminding her what a pain in the ass she was. I had to wheel her around at night for hours in a stroller to fall asleep. Not anymore. This time at the end of the day, Reagan was pooped. There was a lot to do in Mexico. 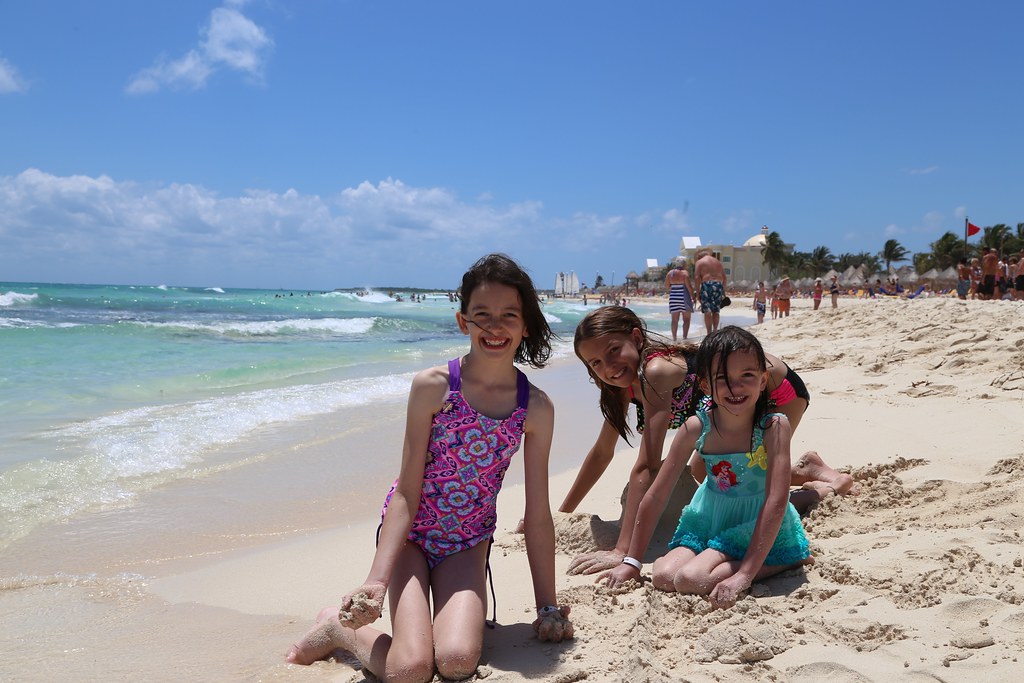 Reagan did have time to model on the beach for the camera. 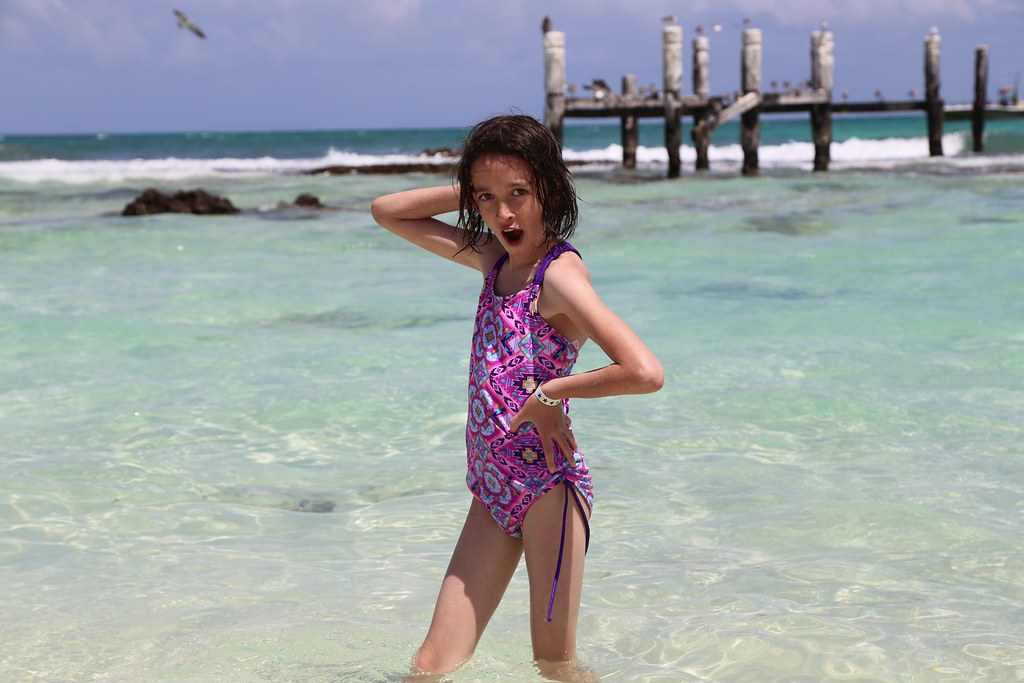 There were shows every night at the resort. One was the Magic Show! Reagan was up in the front row and got picked to go up on stage. You will have to watch what happens next!

Reagan’s big adventure was meeting manatees. We gave the kids their choice of the special (paid) excursion of the day and Reagan was first to say she was swimming with manatees. I wasn’t even sure if she even knew what they were for a minute. Not dolphins? NO! Manatees are my favorite, she said. So kiss one! 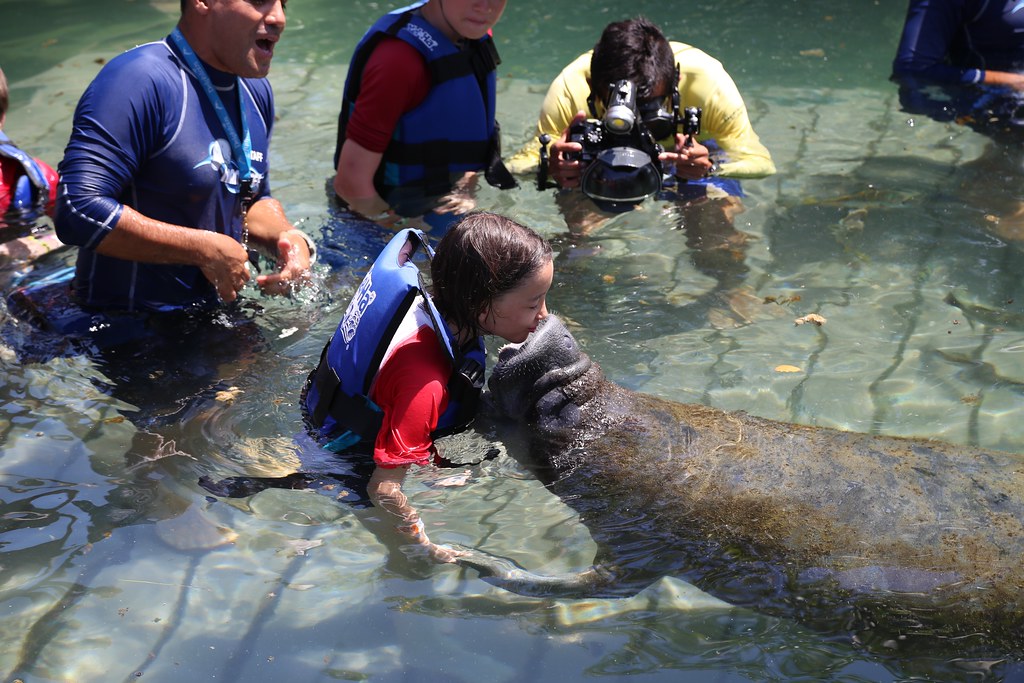 He was pretty sweet and slow moving. I went with her and we had fun interacting with them for about 45 minutes during feeding time. 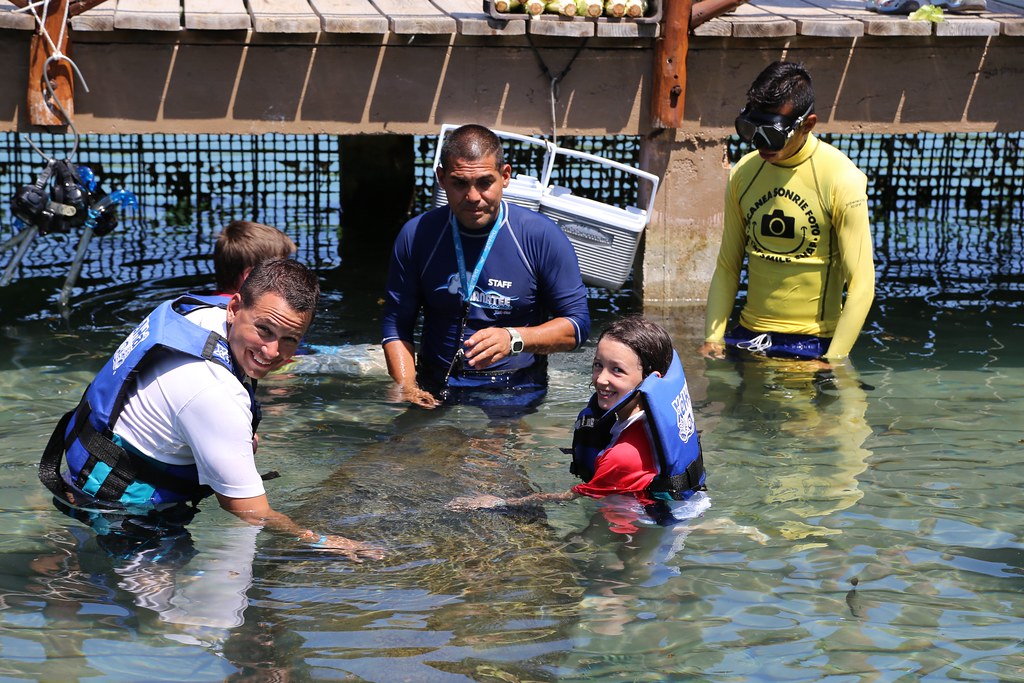 Here is some video. Sydney shot some up above us then I took the phone into the water a bit.

Reagan was getting wild on the trip too! She colored her hair and got a temporary ink tattoo. When in Mexico… 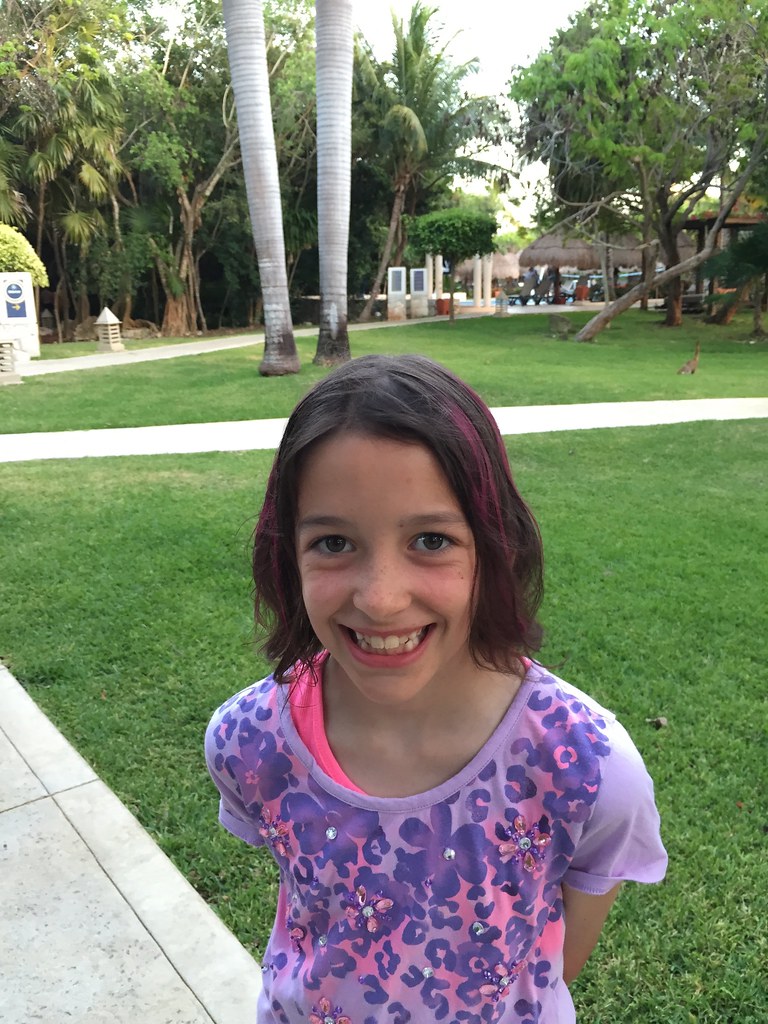 Reagan even reluctanly got into the nightly dancing. Here is one of the one stage performances. They even stuck the mic in her face at 2 minutes in and made her sing.

When it was time to go, Reagan said she would be said not to have a towel animal made for her each night on her bed. 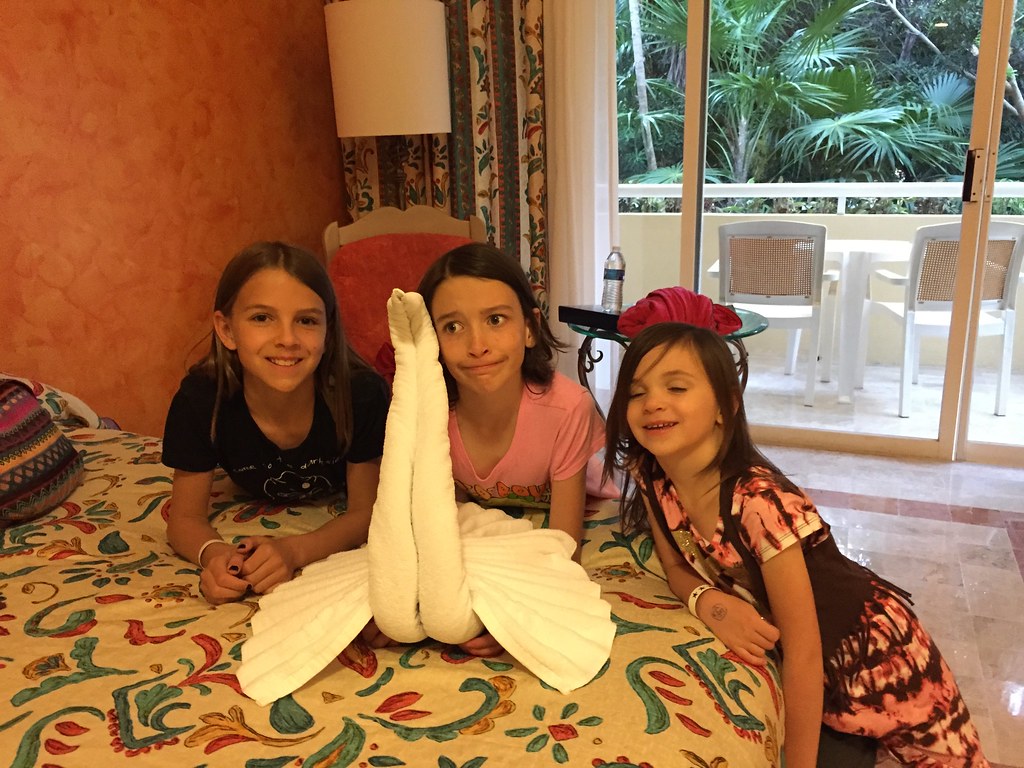